After last week’s review of each of our Championship clubs, this week my attention turns to the Super League which has just had arguably the most exciting weekend of the season with numerous close scores and last minute victories.

What is there to say about Castleford Tigers other than they are surely champions elect?  I hate tempting fate with these types of comments but their victory over Hull on Friday night showed just why they are my favourites for the title.

There are still another ten games to go before the play-offs even start so it could all change but, having already secured first place going into the Super 8’s with three games to spare, I would expect nothing less than at least a top two finish come the end of Round 30. 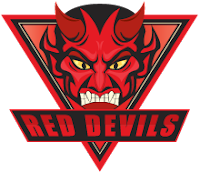 The surprise package of this campaign just keeps on surprising us.  They suffered three consecutive defeats for the first time this year when they lost to Wakefield, Hull and St Helens but they managed to reignite their play-off ambitions with victory over Huddersfield at the weekend.

Rumours are flying around as to what the future holds for this club but if I was a Salford fan I would just enjoy this ride and see where the season takes you.  Wembley? ... AND Old Trafford??

After a disappointing year in 2016 the Rhinos could end up in two finals themselves this year.  Brian McDermott’s side have been ‘plugging away’ and with the attention on the other teams inside the top four they have almost gone under the radar.

Victory over St Helens on Thursday night was probably sweet revenge for their opening night defeat way back in early February; however they meet both clubs sitting either side of them in the next two weeks before a Round 23 clash with Wigan Warriors.

The Airlie Birds have slipped down the pecking order over the last few weeks and sit in fourth place having gained just six more points.

Despite defeat to Castleford at the weekend I still think they are potentially the only team in the league that would be able to beat the Tigers if it came down to a Grand Final showdown.  A tough Challenge Cup Semi Final against Leeds comes up soon which may take the players’ concentration away from the league as they would love to defend the trophy they won at Wembley last summer. 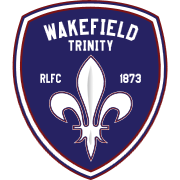 Apart from the current top four, Wakefield are the only other side to have secured a 2017 Super 8’s place.  After breaching the top eight last year they will be mightily delighted to have done so again and to potentially finishing higher than the eighth place they claimed at the end of last season.

Sitting in sixth place after Round 13 they were three points ahead of the nearest side below them, St Helens.  Now they have extended that gap to five after another run of impressive results.

Saints inconsistent season has continued in earnest but they did start this third period with an emphatic 45-0 victory over Hull at the Magic Weekend and followed it up with a 22-19 win at home to rivals Wigan.  But a record of loss-win-loss-win-loss in their following five games sums up how St Helens has performed for most of the campaign.

The next game at home to Hull FC could be crucial if they still harbour ambitions of going into the Super 8’s with a confidence that they can still reach the top four.

Personally, I’ve been very disappointed with Wigan this season.  I tipped them to win the league again this year but I positively doubt that they will even reach Old Trafford now!  However, you know what the Warriors are like and they might still make the play-offs so despite what I’ve just said I’m loath to write them off just yet.

A shock defeat to Leigh in Round 18 came during a run of seven games without a win which may have secured their fate for this season.  If they hadn’t have beaten Widnes on Sunday they could have been in danger of slipping into the Qualifiers. 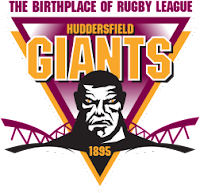 Of the teams currently in the bottom half of the table, The Giants have enjoyed the biggest resurgence in recent weeks.  Looking for all the world to be destined for another stint in the Qualifiers after Round 13 they have pulled it together and have strung some impressive results together.

Consecutive victories over Warrington, Catalans and St Helens, followed by a draw with Wigan in recent weeks seems to have put them in a healthy position to avoid the Qualifiers going into the last three rounds.

The French side seem to have gone backwards this season.  After an impressive start to 2016 they unfortunately fell away in the final few weeks of the season and couldn’t secure a top four finish.

This year has gone even worse as their serious inconsistency has led them to part company with Laurent Frayssinous and bring in former England coach Steve McNamara.  Two home games in their final three regular season games may hold the key to securing a top eight spot but I wouldn’t count on it.

After a terrible start to the season, the Wolves started to pull themselves together in the second quarter, but they’ve slipped up again over the last few rounds and find themselves a full three points behind eighth place.

Their only win in this period came over Catalans Dragons in Round 19 and their most recent defeats have been pretty hefty – two defeats by a margin of 40 points to Leeds and Huddersfield being the worst.

The Vikings are on the verge of securing an unwanted place in the Qualifiers at the end of this season and defeat away to eighth placed Huddersfield Giants will confirm that.

On the plus side, Dennis Betts’ side have managed to claim three more victories over the last seven rounds which has seen them move off the bottom of the table.  However, even winning all three of their remaining regular season games probably won’t be enough to secure a top eight finish.

Leigh’s fate was sealed after last weekend’s heart-breaking last minute defeat to Catalans in France.  That defeat, their 15th of the season, will condemn the Centurions and their fans to a third consecutive stint in the Qualifiers.  The difference this time though is they’ll be going into it as one of the four SL teams and you can bet the likes of Hull KR and London Broncos will be sniffing blood.

Neil Jukes side have had another rough few weeks but have managed to claim two more victories in their last seven matches.