And so we find ourselves at a crucial point of the season.  Some clubs will be happy to finish where they did.  A few will be devastated that they couldn’t quite make the cut.  And others will be building towards prospective glory at the end of the season.

The Super League and Championship’s regular seasons are over (congratulations to Hull KR for winning the Championship League Leaders Shield) and the leagues split in three with games starting next weekend.

Here I take a look at who finished where and predictions for some as to the outcome of their year.

The Castleford juggernaut just keeps on rolling and since the last round-up they’ve extended their impressive lead at the top of the SL table to ten points.  They only require a draw in any of their remaining seven games to secure a top four Play-off place and two victories will claim the League Leaders Shield.

It goes without saying that they will inevitably achieve both within the next two or three rounds.

The Rhinos only had one thing on their mind last weekend in their 34-0 defeat to Wigan.  A place in the Challenge Cup Final is at stake in Doncaster next weekend so they want every available body for that match.

Victories in their other two previous matches were more than enough to finish second before the split and will be in the Play-offs at the end of the year.

Two wins in their last three games sees the Black and Whites secure third place as the leagues’ split but the push to reach another Wembley final may prove too much for Hull to have a pop at both competitions.

However, defeat next weekend could pave the way for Hull to push for a place at Old Trafford instead.  Watch this space.

The Salford bandwagon seems to have stalled in the last few weeks.  Having collected no further points since Round 20 they are on the verge of slipping out of the top four.

With St Helens and Wigan both just a few points behind it’s going to be a big seven weeks for the Red Devils.  If they manage to stay inside the top four they will have done very, very well.

Another side who have stepped back over the last few weeks are Wakefield Trinity.  However, despite their only victory in the last three rounds came against a struggling Widnes, they came within a point of getting something from their game against Castleford.

There will be some tough matches coming up for Trinity against sides that are in much better form than them so I don’t think we’ll be seeing them in the Play-offs. 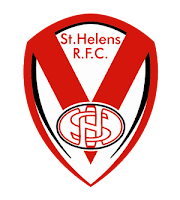 Hitting form at just the right time, the rejuvenated Saints have won four of their last five games which have seen them come within a point of the Play-off spots.

It’s going to be an excellent contest between five clubs vying for two Play-off places over the final seven rounds.  If Saints can continue this current form we may just see them in the Semis.

An awful run half way through the regular season saw last season’s champions almost ‘do a Leeds’ by unthinkably slipping down into the Qualifiers.  But a record of win-loss-win over the last few weeks has seen the Warriors come back in contention of a top four finish.

It’ll be even more of an incredible story if they won the Grand Final from this position but, as I said a few weeks ago, never right Wigan off!

Making up the numbers may be a harsh statement to tarnish the Giants with.  They’ve found some form over the last few rounds and three consecutive wins sees them join the top table at the split.

They probably won’t reach the top four but they could have a big say in who does for the five teams just above them.

Last season’s Grand Finalists have been unable to live up to expectations this year.  This term will no doubt be deemed a failure in some quarters and not even the early season victory over Brisbane Broncos will dampen that feeling any more.

They’ll have more than enough to survive the Qualifiers and are my favourites to finish top of this section.

The Dragon’s disappointing season continued in recent weeks with three more defeats.  A few matches against top end Championship side may just give them the boost needed to make another go at it next year.

They’re another side who I would fully expect to be in SL in 2018 barring an unthinkable collapse over the next few weeks.

The Centurions are the first of the four SL sides in the Qualifiers that are in danger of slipping back into the Championship at the first time of asking.

They should have enough to beat Halifax and Featherstone which leaves the matches against Widnes, Hull KR and London Broncos absolutely crucial for Leigh’s survival.

The final SL side in the mix is Widnes and if Leigh are in danger of relegation, then Widnes are in even bigger trouble.  It’ll be a big task for the Vikings to avoid the Million Pound Game as they will need to score victories over their fellow SL sides.

The MPG could well be on the cards for them this year.

On to the Championship clubs and we firstly meet Hull KR, a side that have had their name in the MPG from the first day of the season.  A full strength KR side would have a good chance over a struggling Leigh or Widnes at the moment and they have already beaten Leigh in the Challenge Cup this year.

Of the four Championship clubs they have the best chance at promotion.

I think I said this earlier in the season but I’m please London have turned their form around this year.

After missing out on the MPG on points difference last season would have been hard to take but they have another good chance to get there this year.

The form team of the Championship will be delighted to have broken into the Qualifiers for the second time in three years after missing out last year.

Their win over an under strength Hull KR on the last day secured their spot and moved them up to third but I’ll be surprised if they manage to finish in the MPG spots or higher.

Fev lost to both Halifax and Toulouse in the last couple of rounds and could count themselves’ fortunate to still be in the Qualifiers after comfortable sitting in the top four for most of the regular season.

Another side that will be happy to have made the middle eight but whether they can ruffle a few feathers of the bigger sides remains to be seen.

There will be no French ‘derby’ in the Qualifiers this year after Toulouse missed out on a top four Championship spot mainly due to a shock defeat to Oldham in Round 20.  Their subsequent defeat to Halifax all but sealed their fate.

However, they are the only side to have beaten Hull KR twice this season and should have enough strength to reach the Shield Final. 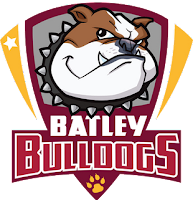 The Bulldogs were undoubtedly the best of the rest in the Championship this year and their results seem to prove this.  Comfortably beating the teams below them coupled with regular defeats against the top five has seen them finish eight points behind fifth placed Toulouse.

As the results are carried over in this section they should have enough already to seal a Shield Semi Final spot.

It looks like it’s going to be another difficult summer in the Steel City over the winter as Sheffield’s ground still isn’t sorted for next season.

On the pitch it’s been just as difficult as the Eagles never got close to the Qualifiers but another run to the Shield Final would be a welcome boost to the club.

Dewsbury’s recent end of season run may have just secured their Championship status for another season.  Currently five points above the drop zone it means the teams below would have to win at least three games to catch them.

Some bad results early in the phase could pull them back into the relegation battle.

Another side who may have done enough to remain in the second tier for another 12 months is Rochdale.  An electric start in the first couple of months stunned many a supporter.

If they can stay in touch with Dewsbury they may just sneak in to the Shield semis at the end of the year.

Swinton have dropped into a two-way relegation battle with Oldham as it stands and one win in the last four haven’t helped their situation.

The Lions just need to finish above Oldham at the end of these seven weeks to avoid the drop. 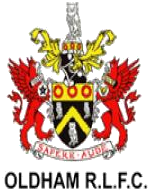 Oldham have struggled in the second half of the season but a surprise victory over Toulouse in Round 20 meant that the last four games were not completely fruitless.

If they can get a good start in the early rounds the may just survive relegation for another season.

The Bulls have had a tough season and will probably be happy when it’s all finally over in a couple of months.  It’s almost inevitable that they will be relegated but the glimmer of hope they showed in the first few rounds faded away when their dual registration players went back to their parent club.

Now though, they can take the time to rebuild and kick start in League 1 in 2018.